what were you thinking, human?

There's been some discouraging news on the food front.

My human has not been keeping track of my dry food very well. I get wet food two times a day (well, he breaks dinner down into two mini-meals about a half hour apart now), and have dry food available to nibble on while he's gone, asleep, or for some other reason can't feed me.

Even though nobody is paying us to make this post, I'll tell you that I usually eat Cat Chow®. Well, he ran out of it last week. There were empty bags he was saving for the perks program or whatever they call it -- he hasn't signe me up yet (why not?). He had to feed me Alley Cat®. I ate Alley Cat when I was in the shed and on the farm, but even then I preferred Cat Chow. He would take a little bowl of cat chow in his pocket and hold it for me while everybody ate the Alley Cat. Sometimes I would wait until my nephews Juan and Axel left his lap and then I'd get up there to have the Cat Chow.

He got the Alley Cat so he would have something he could feed Cyril the Virile Feral whenever he comes around -- Cyril hasn't really been seen recently, and he doesn't want to feed the inside-outside cats from downstairs.

He had to feed me the Alley Cat until he bought the Cat Chow. He works a weird schedule, so brexfast is late, dinner is late, he can't really get the cat food on the way home, and he is too tired to do it on Caturday or on his way to work. If he ordered it online the downstairs cats might break into it before he could bring it inside.

Well, I was not wild about that. I threw it up on Sunday morning about a quarter to five. I mmrowed to make sure he knew something was up, and he was able to clean it up right away. He missed with the wet paper towel to clean the rest of the mess.

Then on Monday, my one bowl still had the Alley Cat in it. I knocked it off the counter and into the trash can. He filled it up with Cat Chow once he noticed that.

So now can we stick with the good stuff? You don't let me catch any mice and birds anymore, so you need to bring me the food. I want the good stuff, okay? 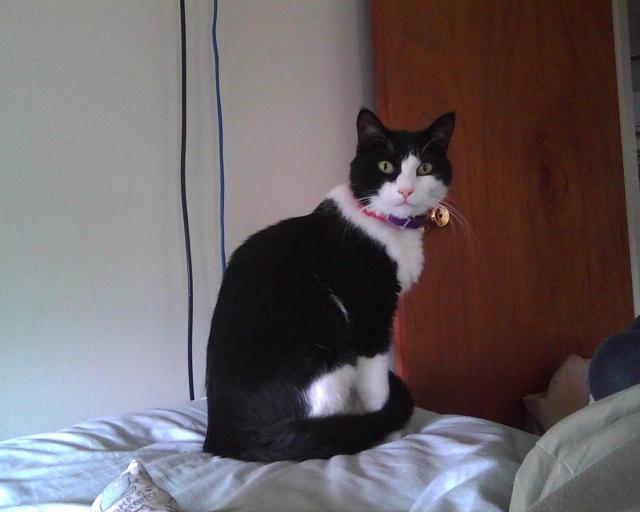