It's been cold here this weekend and I'm trying to keep warm.

The voice on the weather radio just said that the temperature was 2 and the wind chill was 25 below. Well, he said minus 25, but he meant 25 below.

So we have to keep warm. Last week a guy came by to fix the furnace because it wasn't blowing. Now it is, so that can keep us warm.

He also has been baking some things in the big oven, which makes a lot of warm to cook the things. Sometimes, if I'm asleep across the room, he'll leave the oven door open so that extra heat can spill out into the kitchen after the food is done. But he knows it's too hot for a kitty in there, so he usuallly closes the door after he gets his food out. (Most of the time he uses a toaster oven instead.)

And then there's the extra blankets. He has put extra blankets on his bed, where I sleep most nights. Sometimes he'll cover me up when he gets out of bed. Also, he has put a blanket up on my shelf so it's a litttle warmer there when he lets me up there. I have to jump on his back from the desk to get up there, but he's usually good about that. That's when I have been typing most this past week or so.

When he's home, I can also sleep in his winter coat, which he usually just dumps over the end of the couch. Sometimes he makes me get off so he can go somewhere (I don't like that), but sometimes he'll take a different coat. When he went to take the trash out yesterday, he just put on another sweatshirt.

Is it cold where you are? how have you been staying warm ? 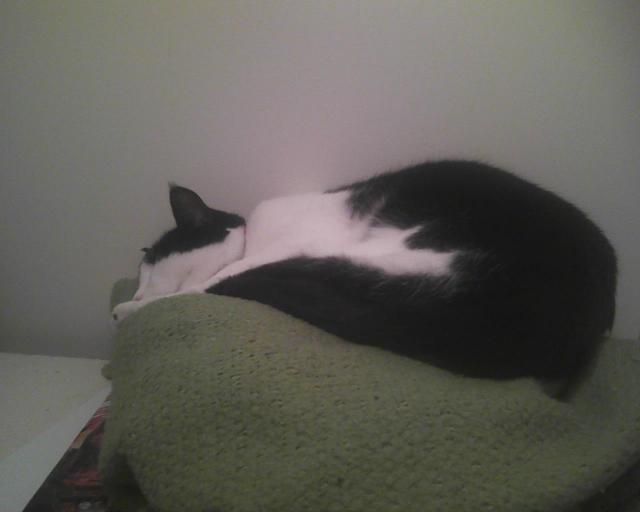 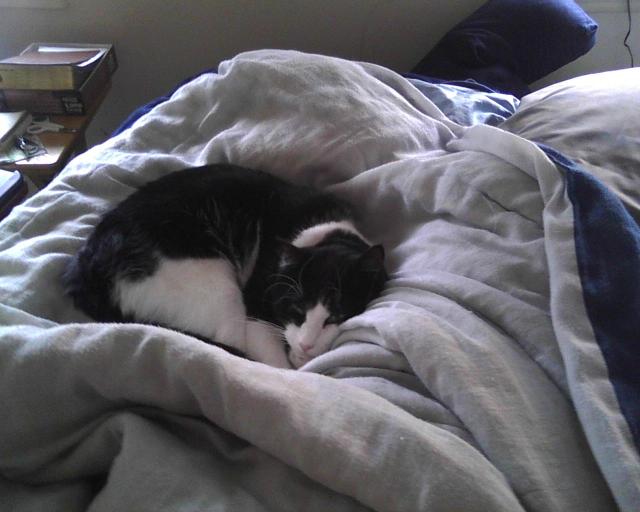 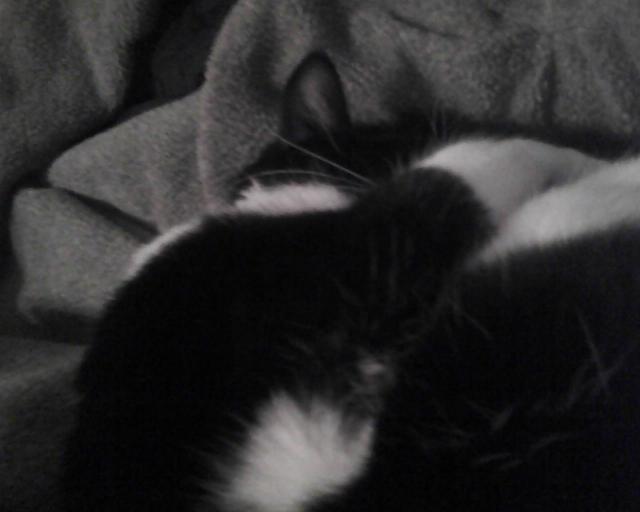 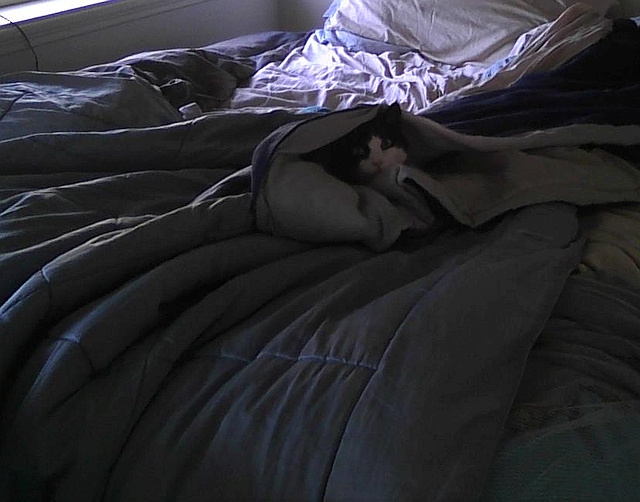 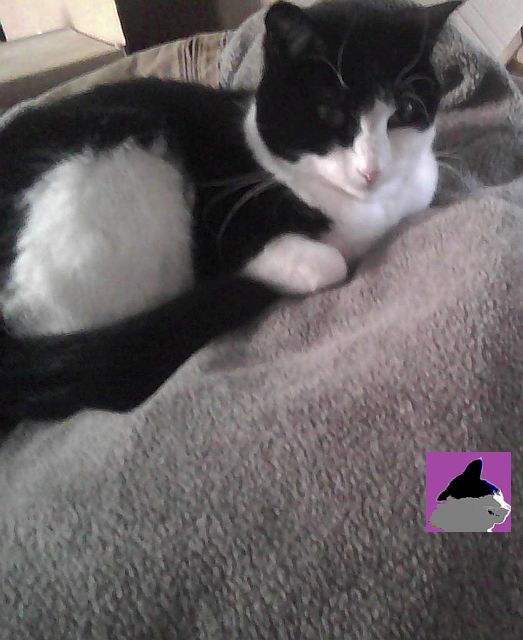 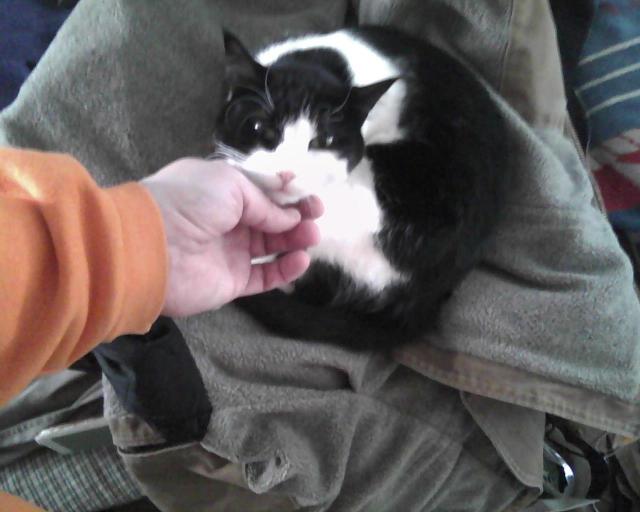 Hi Parker. Sorry it is so cold there.

Breezy Belle here. Mommy lets me log on here when she borrows her Senior Companion's Lab Top. Yes, it has been very cold here also. One night it was 9 below zero and then 3 below!! We don't know what the chill factor was. One day the high was only 3 degrees (F) and mommy had to go outside every night to start up her old 1992 Van so the battery would not get too low or something. We got about a foot and a half of snow here and expect more in next day or two. Mommy has lots of blankets and afgans out for us kitties and she hangs heavy sheets up to each door so the wind will not come in. We burn natural gas in our furnace and mommy tries to keep the heating bill down. We are thankful to have storm windows in this old mobile home. Our playroom gets a little cold so we kitties spend a lot of time with mommy in the living room on the sofa and chairs where she puts down warm blankets for us. She still feeds these wild rabbits here and gives them carrots nearly everyday. Hope you stay warm Parker. I will be sending you lots of warm purrs my friend. Love and kitty kisses from Breezy Belle

Ranger and I share an electric blanket. Mercy had one too. Your human used to turn it back on when it timed itself off after a couple of hours. This afternoon I got a little bit of sun on my side of the blanket. Ranger sometimes sits on jackets if people take them off in the waiting rooom, too. 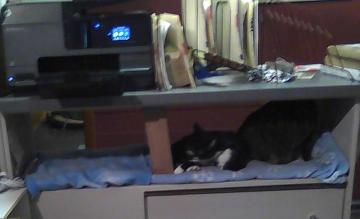 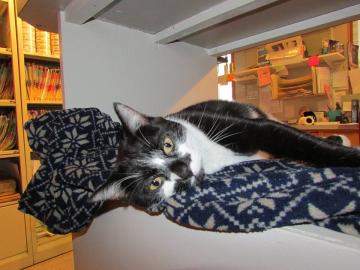 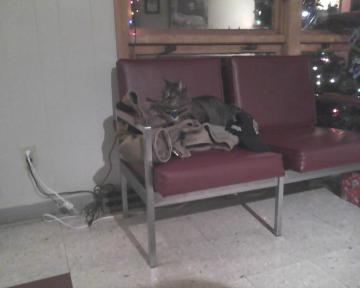