W is for white.

Last year we looked at some of the other colors and patterns of kitty coats, but we did not look at white.

A cat's white fur is not quite as white as the snow, as my human noticed when my sister Parker and I walked across the snow. But it is still white enough.

Pure white cats can have any underlying coat pattern, as the pure white is dominant. Pure white cats are also often deaf, as there is some link between color in the fur and something we need to hear. When a white cat has blue eyes, or one blue eye, he is often deaf in that ear.

White spotting is also dominant over non-spotted -- this is in part what gives us tuxedo cats. Most of the shed cats had at least a little bit of white. Some had more than one white spot. Kiwi was all black, and Friendly's litter sister Pretty Grey Lady did not have a white spot. Many times, the white spot will be on the paws (like me), the chest, the neck (like Truffles or Friendly), the tip of the tail (like Blanche), the back (like Tasha) [these features don't show up well in their photo below], or sometimes in some combination. Axel had a white spot in his armpit. Sir Ed, who did not go to get fixed when we did, had one of his b*lls was black and one was white.

Cats who are mostly white, but have a spot of orange around the ears and/or tail, are referred to as Vans, or Turkish Vans, after Lake Van in Turkey. They may actually be Kurdish or Armenian rather than Turkish. 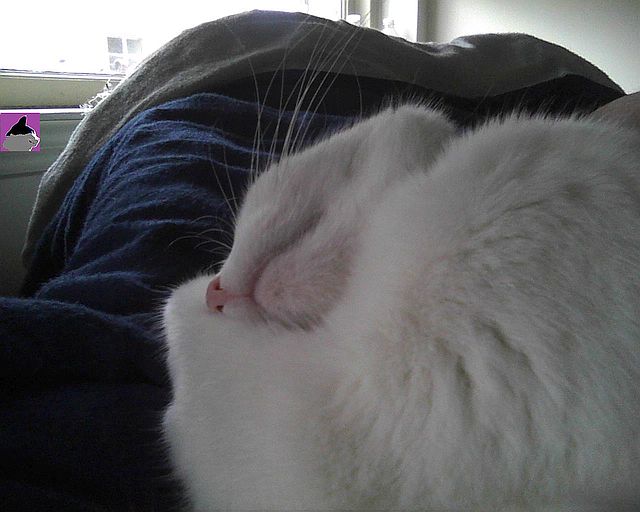 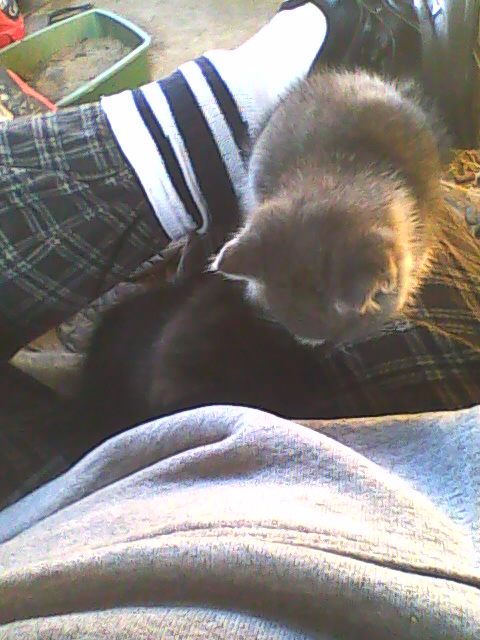 and here's my white front... 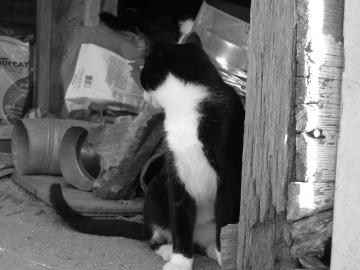