So a week or two ago we went to the farm.

We started by getting in the car. He dropped me off at the vet while he filled the car with gas. I saw Binx and Ranger, but they wanted to get tooclose. The vettechs put a towel or blanket or something over my carrier.

We got back in the car. It was hot, and I let him know I was not pleased. About an hour into the trip, we pulled off the road so he could put a catnip toy in my carrier (file photo). We went through the line at the restaurant a couple hours later, then we went into the PetSmart and he got some food for me. We then made our way the rest of the way to the farm. I didn't see any of the farm kitties up close, nor did I say hello to the inside cat, who is older than me, but smaller, and they think we have the same mother.

I spent some time on the bed, under the bed, in the closet (where I got sick once

), and maybe up on the shelves. I also looked out the window. He did give me my flea medicine while we were there (he remembered to bring it on this trip, unlike last time

). I did not get to explore the house this time.

He says he saw my mother (photo), and one of the new kittens. He heard a couple of other younger ones that were hidden so he could not see them.

After two nights, we went back home. He tried to give me some water when we stopped at the PetSmart again. Then we got almost home, and he stopped in a a parking lot to make a phone call. We went to our PetSmart, then back to that parking lot. We went into the office where he picked up some papers. He let me out of the carrier, and I got to explore the office a little bit. They said I was a beautiful kitty

. Then we went home, he started unpacking the car, and then he went off to do another errrand with the papers he picked up. He then came home and fed me. 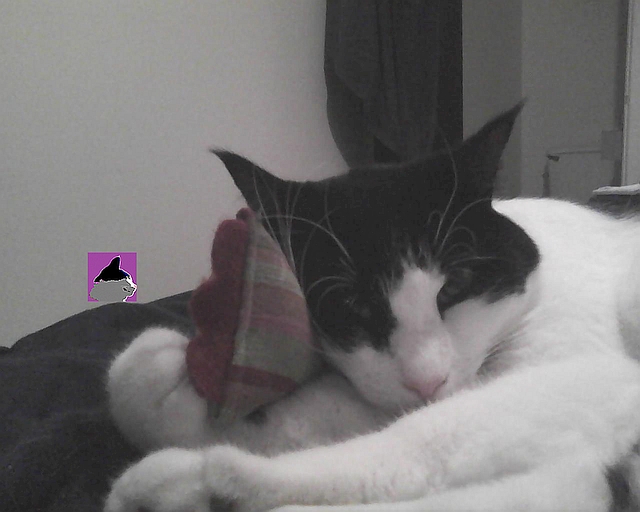 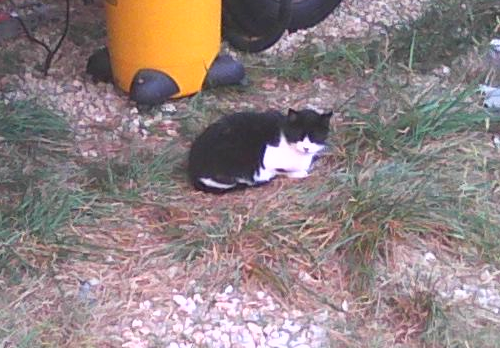 well that was an eventful

well that was an eventful trip!! too busy for me. I don't like the car!! I always think I'm going to see the man Who Tastes like Chicken!! I don't think I would like staying in a different place either. I bet you where glad to be home!! I hope he gave you lot's of treats! Do you want me to send SCARABS? Kitty Kisses from Seshat and Kephri