Then we go back to the dark cage. I try to go sit in the litter box, but he tries to convince me that's not a good idea. We sit there for a little while, and he gets out his laptop to transfer some pictures over there. Eventually he takes me out of my cage to explore a little bit. What are all these things in here? There's a tent-like thing with screens along the outside, and pipe-like obstacles. There's some steps, and a great big tunnel to go through, much biggger than the tunnels we had in the shed to explore as kittens. I don't attempt the obstacle course, but I do get some exercise and callm down. It really helps.

We had two more rings that day. At the first one, I was called back again. Woo-hoo! She liked my color pattern, and I was her third best cat. He got a video of her description of me (see below... the sound cut out at the end).

In the final ring on Saturday, the judge took all the male kitties first, then all the female kitties. But when she was putting the male next to me back in his cage, I was ready to be picked up. She skipped me to go back to the beginning of the line. That ring called me back, too, and I got another third.

Then we packed some of my things up, and left some of it there, and went home. It had just gotten dark before the trip home. Saturday night he spent listening to the hockey game, like he usuallly does. His team won in overtime, and that was good enough for what they were trying to do. 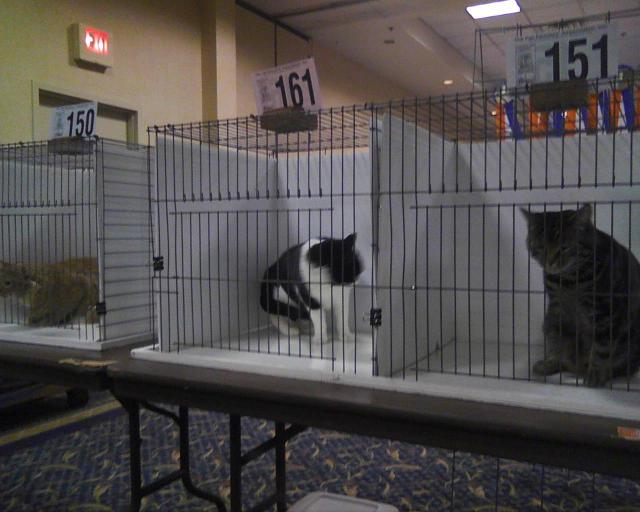 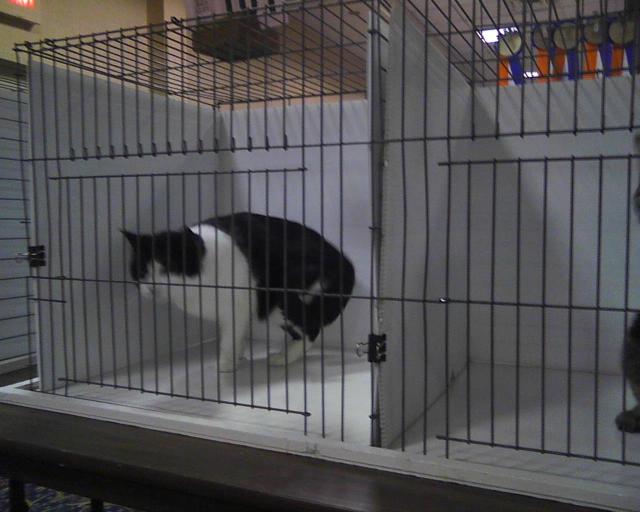 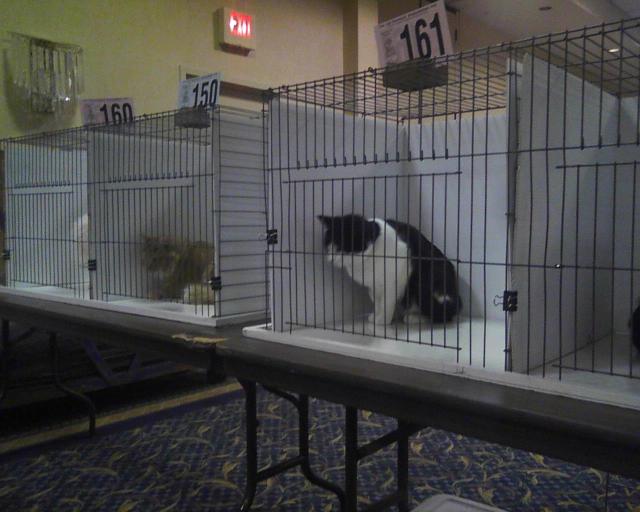 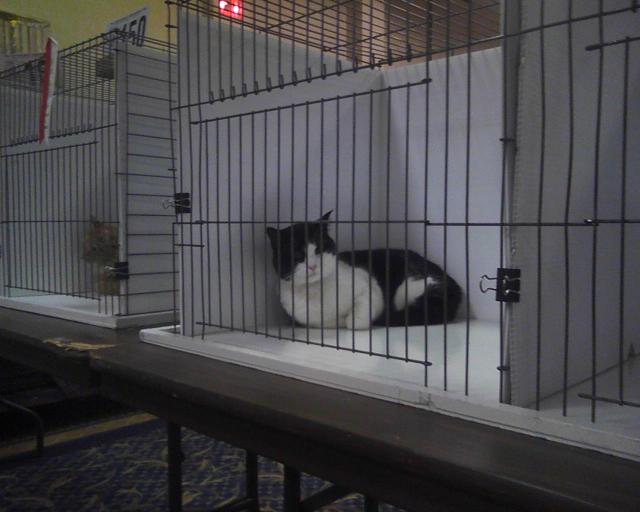 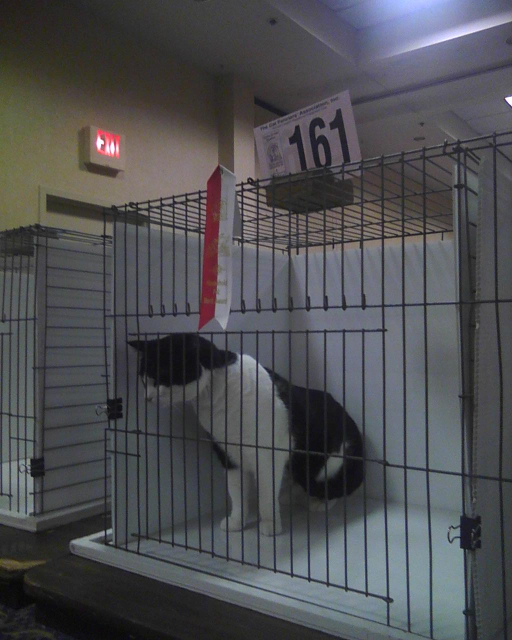 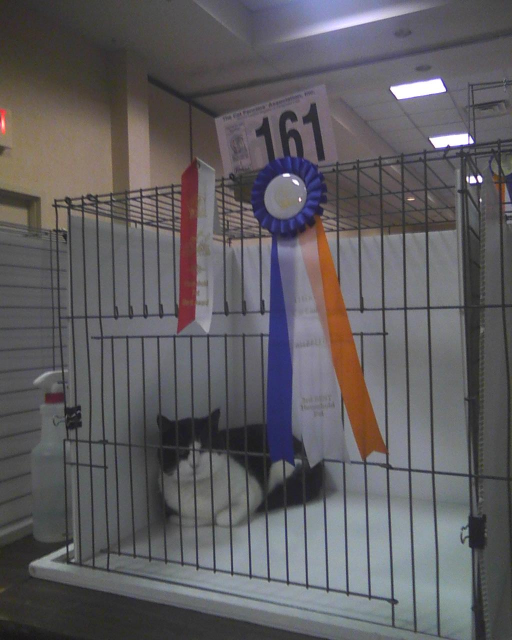 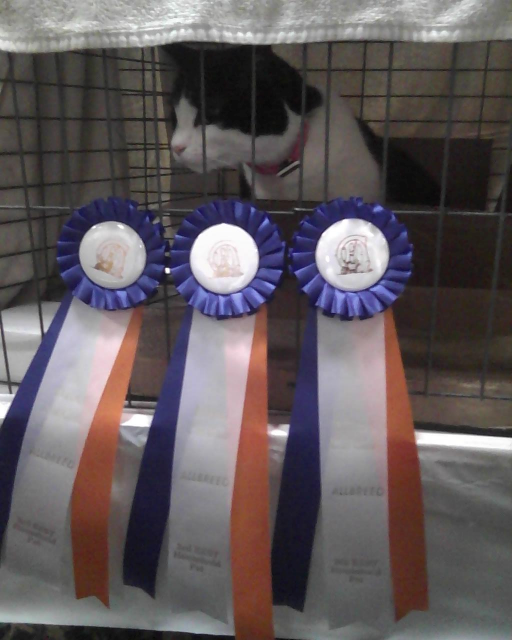 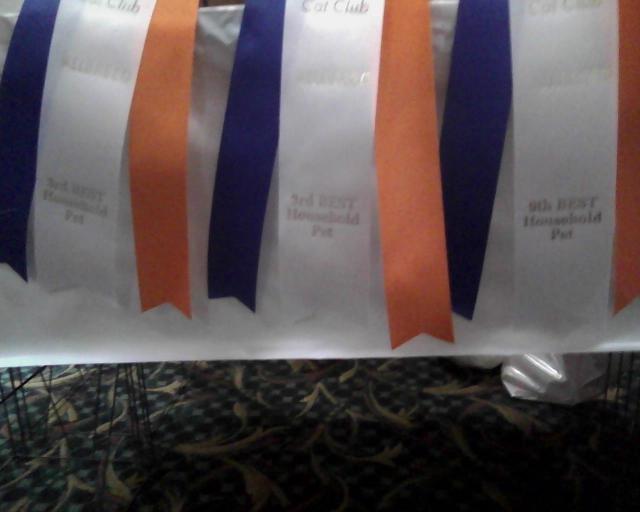 video:
Ring 4 judging
‹ the second ring up Sunday at the cat show ›
Log in
to vote
2