So on Caturday, Parker was taking a nap. The human saw Cyril outside, so he went out to say hello and maybe feed them.

Cyril went and hid under the trees, but Bob and Shtinky were staring at the wall. The human looked, and there was a rather large mouse there, bigger than the mice and voles we caught on the farm (maybe 4 inches or 10 cm). The mouse had climbed the wall and was hiding behind some electrical conduit.

So, figured our human, if I flush the mouse down, maybe the kitties can catch it. Cats are better at killing mice in an environmentally friendly way than humans and their poison. He tried his hockey stick, but it couldn't get through the cracks in the porch/balcony.

He then tried a small lunchbag, and that worked. The mouse ran down and around the house, followed by Bob. By this time, Cyril had given up and was on his way across the street. The mouse tried climbing the other side of the brick apartment building.

The human took his hockey stick and knocked the mouse down. There was a bit of a chase. The mouse stopped, sometimes Bob caught it, but wanted to tire it out before trying to eat it. The human hit the mouse with his hockey stick across the yard (well, not all the way across the yard) a couple times. Bob caught it again. This process went on a couple times.

Finally, the mouse made it to the hole by the fence post that was damaged when the tornado went through a few years back. The fence post is supported by T-posts. The mouse went down the hole, and Bob stayed there watching.

The human watched for a little, then went inside where Parker was still taking her nap. 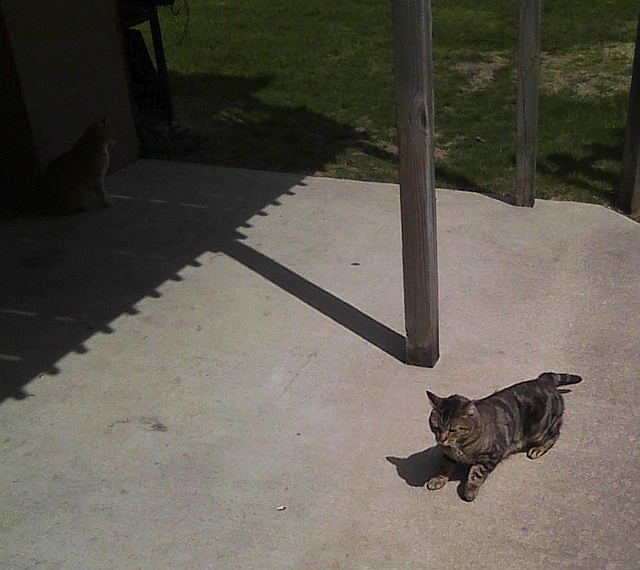 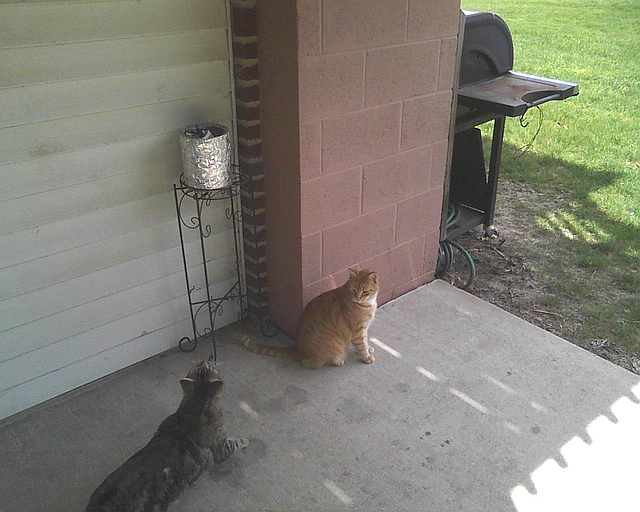 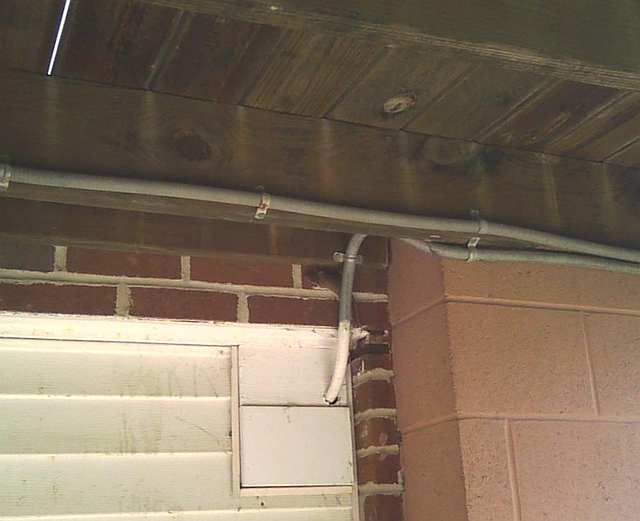 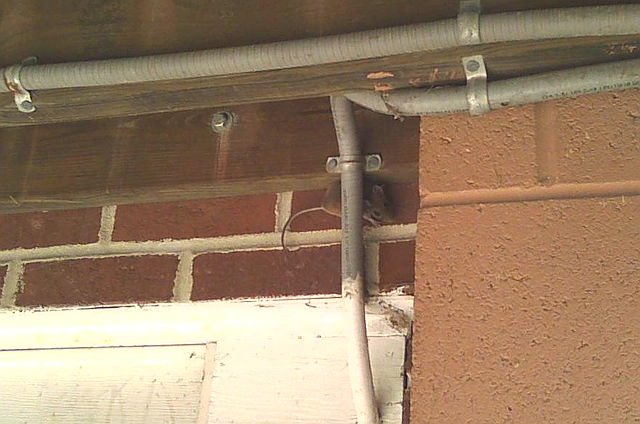 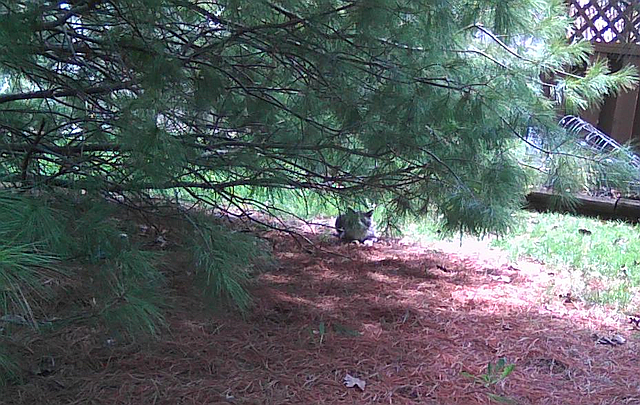 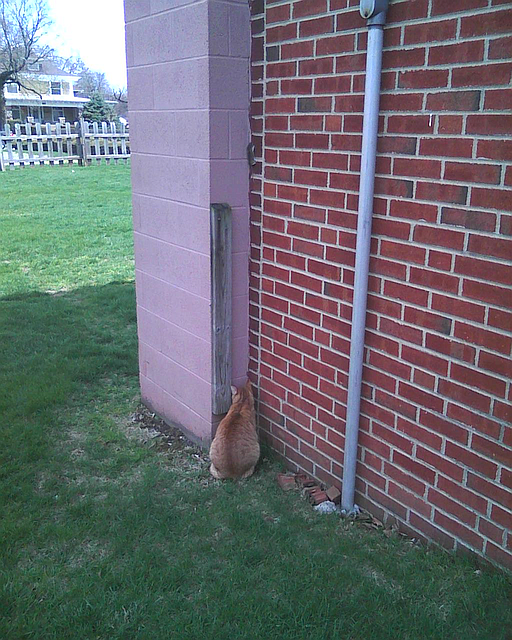 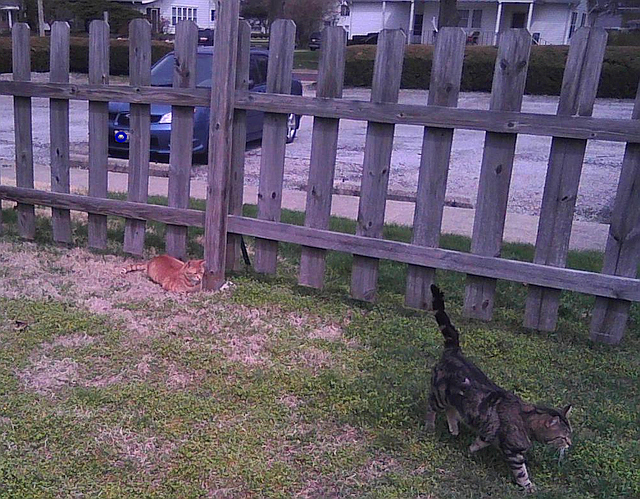 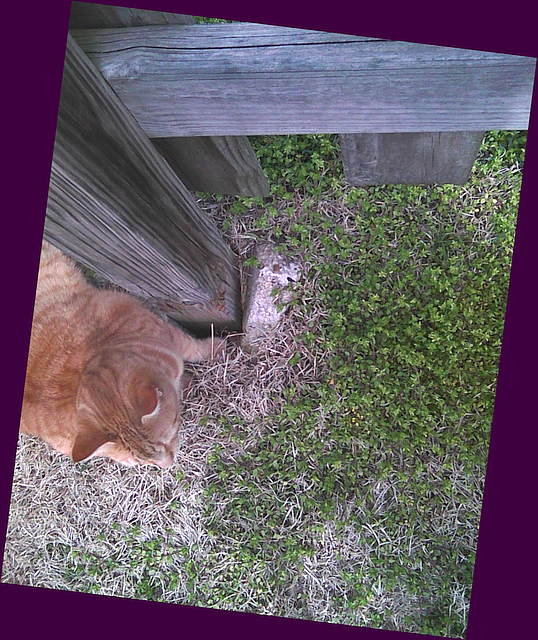