You have probably seen the graphic stating that one breeding pair can produce 420,000 kittens or so in seven years. That situation is not likely.

First, that number assumes that the cats will live that long. That is not often the case. Feral breeding cats (let's talk just the adults for the moment) face several challenges, including predators, traffic, poisoned mice, and the act of kittening itself. My grandmother and Truffles's mother (the one the humans called Mama) both died from complications of kittening. We aren't sure how old they were. Rico fell to some predators (she was seven and a half years old), Friendly just didn't come back anymore (about the time of his first birthday), and Old Mr Grey just got sick and died.

Second, that number assumes there is enough food for the kittens, and that their mothers will take care of them. There were four litters born on the farm the spring I was born. Rico's litter did not survive more than a couple days -- the other queens thought there were too many kittens to survive (or at least, too many kittens for their own kittens to survive), so they cannibalized Rico's kittens. One (or more) of my siblings from the following spring may have been killed by one of the breeding queens as well. So the cats themselves decided that there were too many kittens around, even though the human was coming to visit us with food twice a day, and we had shelter from the rain and most predators.

And there were the kittens who for other reasons did not survive. One of our litter was stillborn a week late. One of Blackie's kittens developed something where he couldn't open his mouth at all and therefore could not eat. Rico had trouble counting kittens when she moved her first surviving litter. The farm dogs who know not to chase cats don't always realize that they also should not chase the kittens; one of the dogs took Blackie's second litter from the shed or carport and tried to move them. The humans found those kittens and returned them to the shed, but there may have been other litters that were not so lucky.

Fourth, there are cats who do not want to be around kittens in part of the population. Our father and Dorian left with another cat shortly after we were born. The human saw them out the window one day. When Rico had her kittens the spring after we were born, Parker did not want to stick around, and the human could not carry her into the shed. (She ate in the barn or on the hay after that.) Does that contribute to the number of kitties in the total? Possibly, but maybe not.

And there are queens who won't have the three litters a year that these people claim they would have. Our mother Smudge had some kittens a couple years before we were born, but only Mama had a litter in the fall. The next year, only Smudge and our grandmother had kittens. Mama only had one litter the year we were born (not counting her failed litter after Christmas) while the other queens had two.

There were about twelve of us in December just after Truffles and I were neutered, and Inky and Parker were spayed. Mama, Smudge, Blackie, Rico, Dark Lady, and Pretty Grey Lady (6) were intact, as were Blackie's kittens Juan and Axel, and our younger brother Friendly. Thirteen total, nine breeders. We made it up to about 30 after the spring kittens. But only one or two of those kittens survived (and were rehomed), and Friendly and I did not make it through that second summer. Some of the others also showed up less frequently, and Mama died that following winter. So the numbers espoused by the scare tactics people are not realistic for those humans who do not live at a pet food factory.

Does that mean I don't think spaying or neutering is important? Au contraire ! I was neutered as a farm cat at eight months of age, and he wanted to take more of us. There was only enough cash on hand, carrier space, and clinic space to take the four of us that day, and it was a bit of a trip up there. Kittens are fun, say the humans, until it comes time to find them a new home. That spring, the human went from being sad at saying goodbye to the kittens to being sad that they couldn't all get good, loving, indoor homes. Even when Sir Ed went to another farm, he was a little sad that Eddie (what his new family called him) did not get to become an inside cat. There are benefits to the cat who is fixed as well. (It's not a guarantee of a longer life, but it certainly increases the chances.) The population growth is reduced without any kittens having to starve, be eaten, or be drowned.

Our official site policy is that all cats, whether altered or intact, should feel welcome here. So if you aren't, that's okay with us. If you are, that's fine as well. 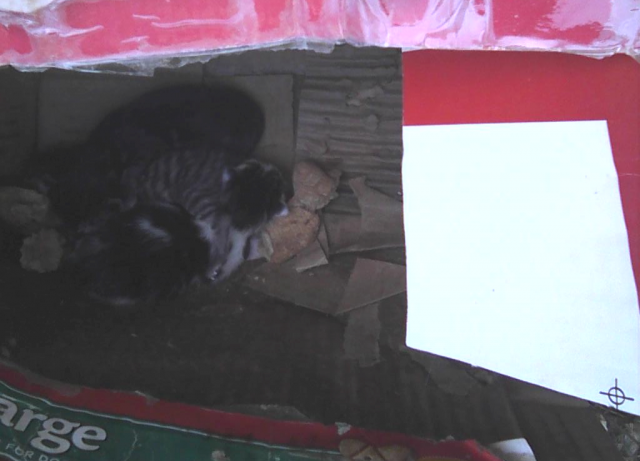