The human forgot to feed me brexfast this morning.

I came to him about time for dinner, and we went to the room where I eat, and he noticed he hadn't fed me.

This is how it happened.

He was watching some online videos late last night. Some Doctor Who (The Androids of Tara and Partners in Crime), some slightly humorous. He got to sleep sorta late, and I came to see him. Then he woke up about 4:30 am after just an hour or two of sleep, and stayed half awake for an hour or so. Then he went back to sleep. By the time he got up about 10:00ish, I was already on my afterbrexfast nap shelf. He threw on some clothes and left.

When he got home and put the grosheries away, I spent some time on his lap, and he took a little nap again. Then he got a phone call, and he noticed it was about dinner time. He went in there, and there was last night's bowl and no food.

So he got off the phone and quickly gave me some food.

I ate it up and am now lying in a box. He says he'll give me the rest of the small can tonight, but I'm not sure. 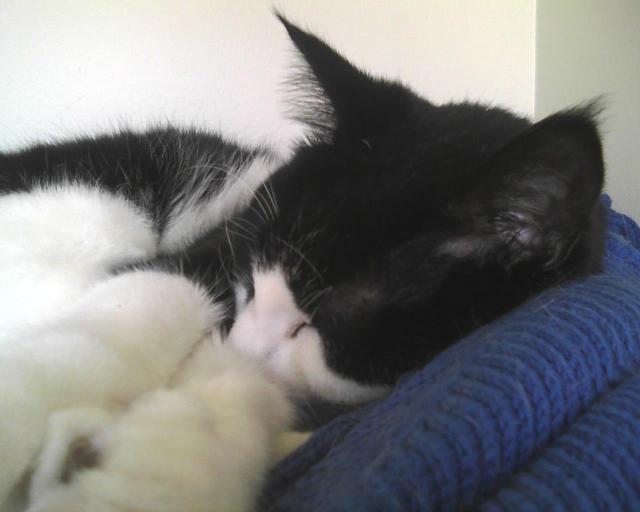 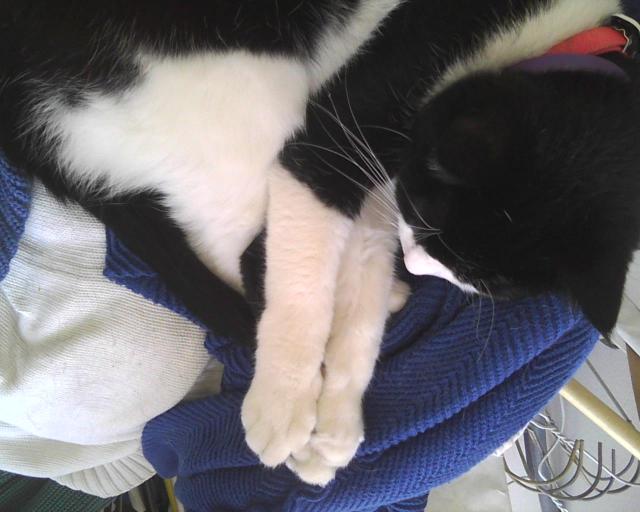 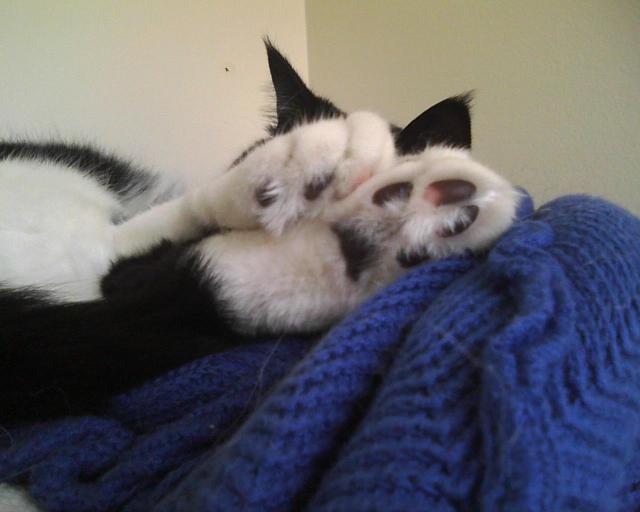 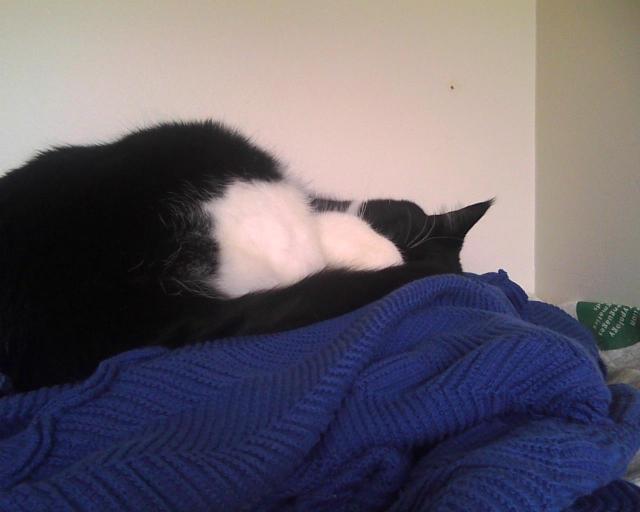 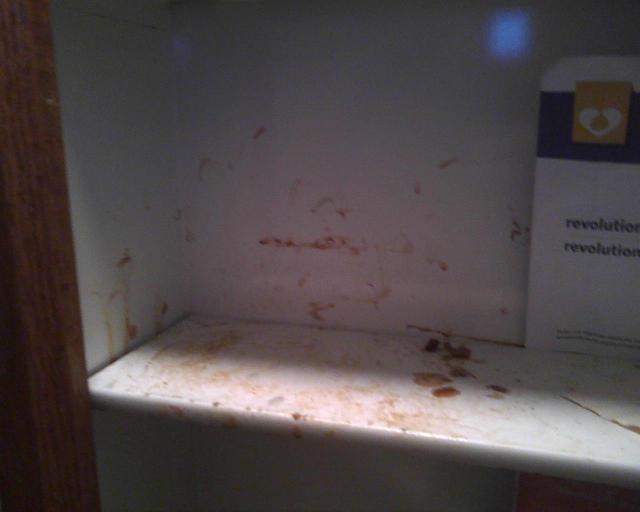 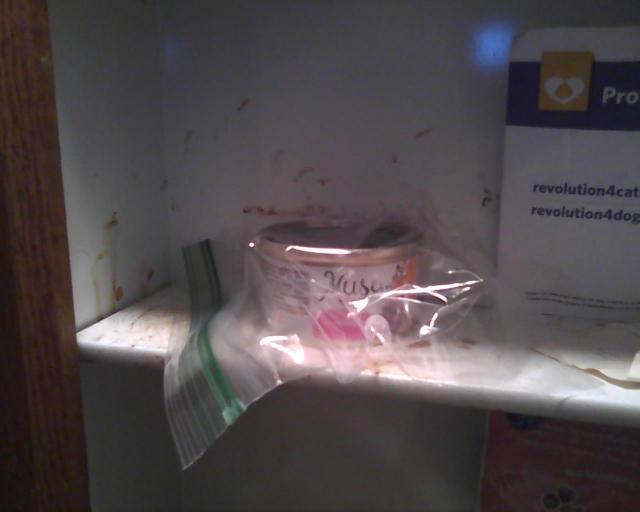 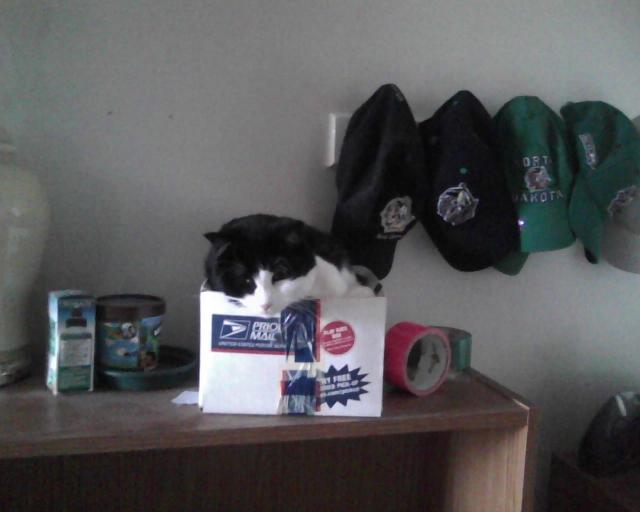