Starting this year, the last Saturday in June is World Day against Pet Abandonment.

The day was created by Solidarité refuges, an association of pet lovers and shelters in France. The last Saturday in June is a typical day for the start of vacations for Europeans; sometimes, however, they leave kitty at home to fend for himself. They should either take their pets with them or find a place to board them or at least someone to feed and visit them, like a friend or cat sitter.

In Québec, leases on apartments and houses typically expire at the end of June, and there is an influx of abandoned pets there at this time of year. Our grandmother and Mama Kitty were abandoned when their original human moved out of the red house (as was one of the dogs we later knew). Fortunately for us, the new humans thought it better to deal with cats than mice or rats (and that having a working dog in a rural area can have benefits).

In the United States, the main danger in early July is from cats and dogs who run away from the fireworks celebrating the Fourth of July, or otherwise go crazy. I know of one cat who was left alone in the house while his humans watched the city fireworks from their front yard; he clawed up an old chair full of sentimental value.

"If you love something, let it go; if it is yours, it will come back." -- that does not work so well for pets. Cats can't follow you like that.

It is sad to forget a friend, wrote Saint-Exupéry in Le Petit Prince / The Little Prince. Cats can't understand why our favorite human is not caring for us anymore. It was hard for us when the humans had to move out of the red house and they could not get to the shed anymore. So they had to show us where they were feeding us, just across the road. We did not all have hunting territory over there, so it took some of us longer to get over there and rejoin the colony. Some of us disappeared. We might not have been totally abandoned, but for some of us, it felt like we were.

A human who loves his kitty can't abandon him. As Parker could tell you, when our human left the farm, he came back a week later to get her. She had the other humans to take care of her while he was in town that week, and those humans continue to feed Smudge and the other kitties in the colony to this day. He didn't even talk to landlords who would not let him have a cat with him.

The following section is a translation of the 13 proposals from Solidarité-refuges as posted at Animaux-Online to fight against this curse that fills shelters to overflowing, leading those that are not no-kill shelters to turn to that option. 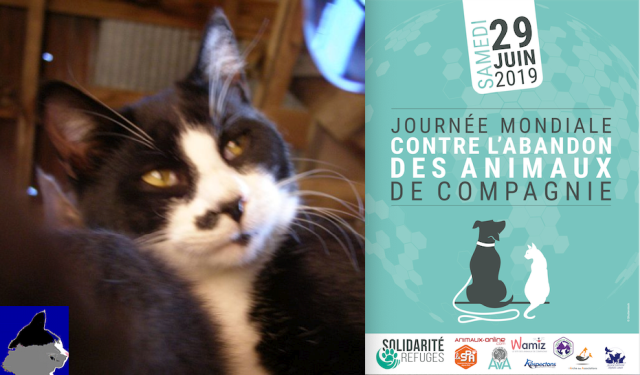 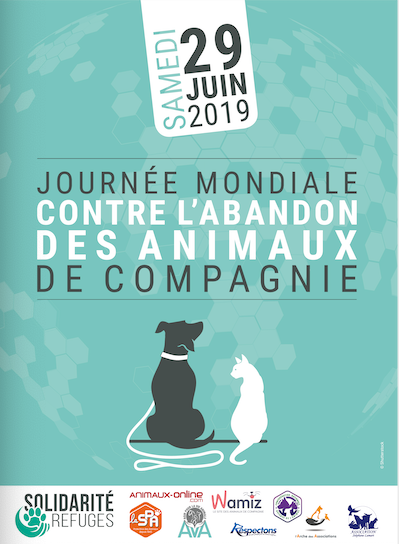 One of the kitties who lived downstairs from me last year wound up at the shelter in the next county over after the fireworks. Those humans suspect that he had some help getting there.

[but pet theft awareness day is in February]